Can India Take POK (Azad Kashmir) from Pakistan? (Analysis by a Pakistani) 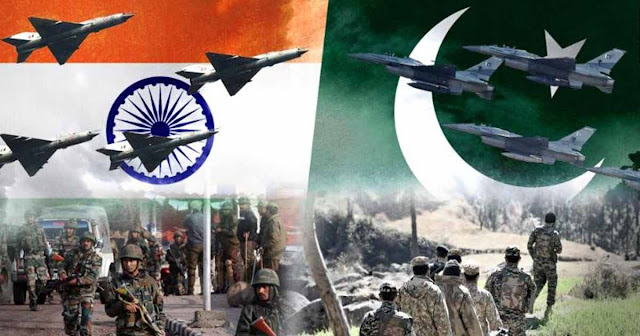 Nowadays, the biggest question is whether India will take Azad Kashmir from Pakistan. There is no doubt that India is a much bigger country economically, geographically and in terms of population than Pakistan. Its 71 billion dollar defense budget is seven times higher than Pakistan's defense budget, but what are its chances of success if India launches an adventure in this regard? We will analyze this in detail in this article. According to an acceptable logic, India can take Azad Kashmir in three ways.

No. 1- Through UN resolutions

The most peaceful and easiest way to achieve Azad Kashmir is to abide by the UN resolutions on Kashmir which were passed after Nehru himself took the Kashmir issue to the UN, according to which a referendum is to be held to decide the future of Kashmir in which the people of Kashmir on both sides will decide which country they want to live with. But the problem for India is that it does not consider Kashmir a dispute and does not have the support of the people of Kashmir and Azad Kashmir other than the Hindu population of Jammu, so if there is ever a referendum in the future, India will not only loose Azad Kashmir, it may have to wash its hands of its own Kashmir as well, so India will never adopt this method.

No. 2- Through the use of military force

This method is the most dangerous but if successful, it will solve the age-old problem for India. But for that we have to consider a few things. The most important thing is the geography of Azad Kashmir. It is not a barren plain or desert where troops can easily move their ammunition and cannons, but there are Rocky Mountains, rugged valleys and streams where military movement is not so easy. In addition, according to military principles, an attacking army must have a three-one lead over the defense forces in order to succeed, and both of these things go against India. In this regard, retired Indian General Harcharanjit Singh Panag writes in the Indian Journal “The Print” that the Indian Army does not have the superiority to dictate to Pakistan even in a conventional war. The most important point is that India's invasion of Azad Kashmir will make it a nuclear flashpoint that India will never want. Also, because of the CPEC, it will not be possible for India to stop China from interfering in the matter. Even in the previous Pak-India wars, India could not bring any change on the Line of Control in Kashmir. Therefore, gaining Azad Kashmir from a military adventure may be an election phrase, but in reality it seems impossible for India to do so.

No. 3- By winning the hearts of Kashmiris on both sides

This method is also important in this regard. In order to get Azad Kashmir, India will have to be as much in the hearts of the Kashmiri people that people of Indian Kashmir as well as the people of Azad Kashmir, should ask India to include them with India. Looking at the policies and history, it seems impossible to do so. In particular, the Modi government's brutal use of Muscular power and its mistreatment of Muslims in India have made it even more difficult.
I have argued for three ways for India to achieve Azad Kashmir. It is now up to the reader to decide whether the rhetoric of the Indian leadership is merely an attempt to divert the attention of the Indian people from important issues or whether it may in fact have anything to do with reality.

Image courtesy @telanaganatoday.com Usman Ali Khan was the last “Nizam” of Hyderabad. He ascended the throne at the age of only twent... 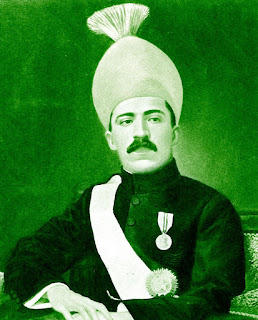 Falcon
I am a student of history. I have a keen interest in International politics and IndoPak rivalry. I love books. I believe in Rationalism and in Logic only.